As mentioned recently, I was able to visit the Fairgrounds Branch in early April 2015, even if only briefly and at night.  After a short tour of the line again, I stopped near the still-active northern portion to check off two pending research items:

For the latter, I took some pictures of the side of the rail as show below: 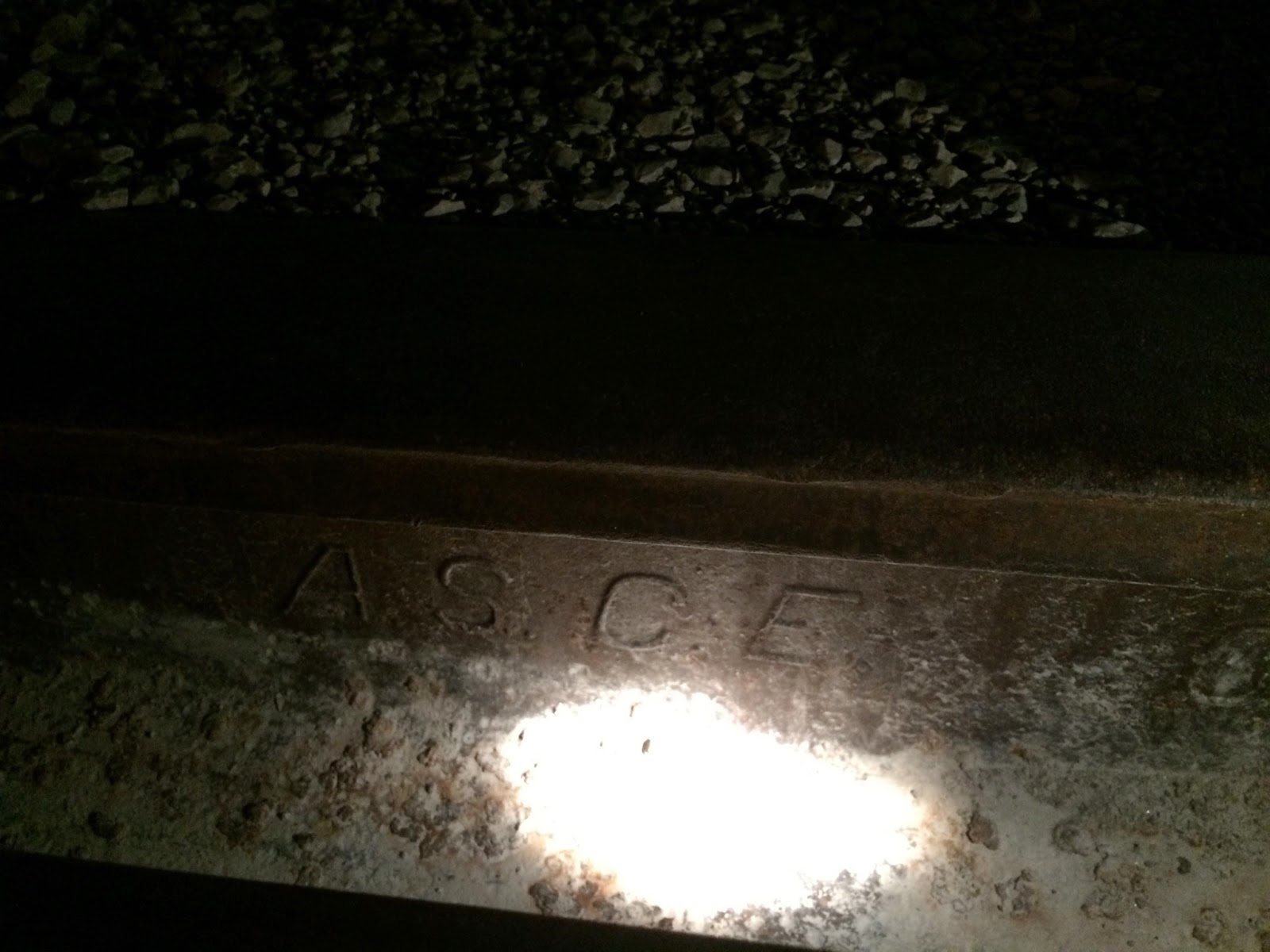 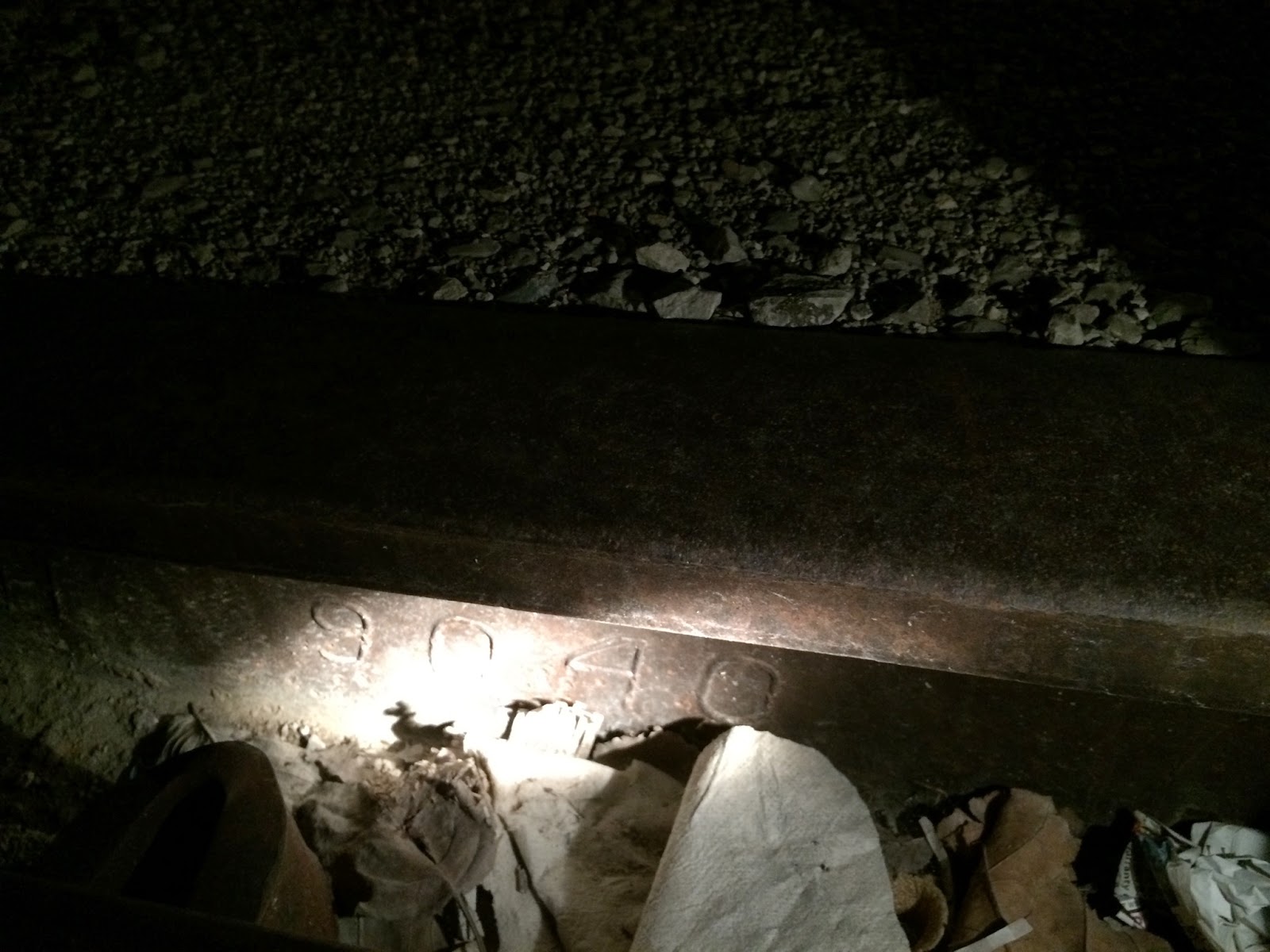 The pictures -- admittedly grainy cell phone ones in low light -- have rail markings of "ASCE 9040" on them. 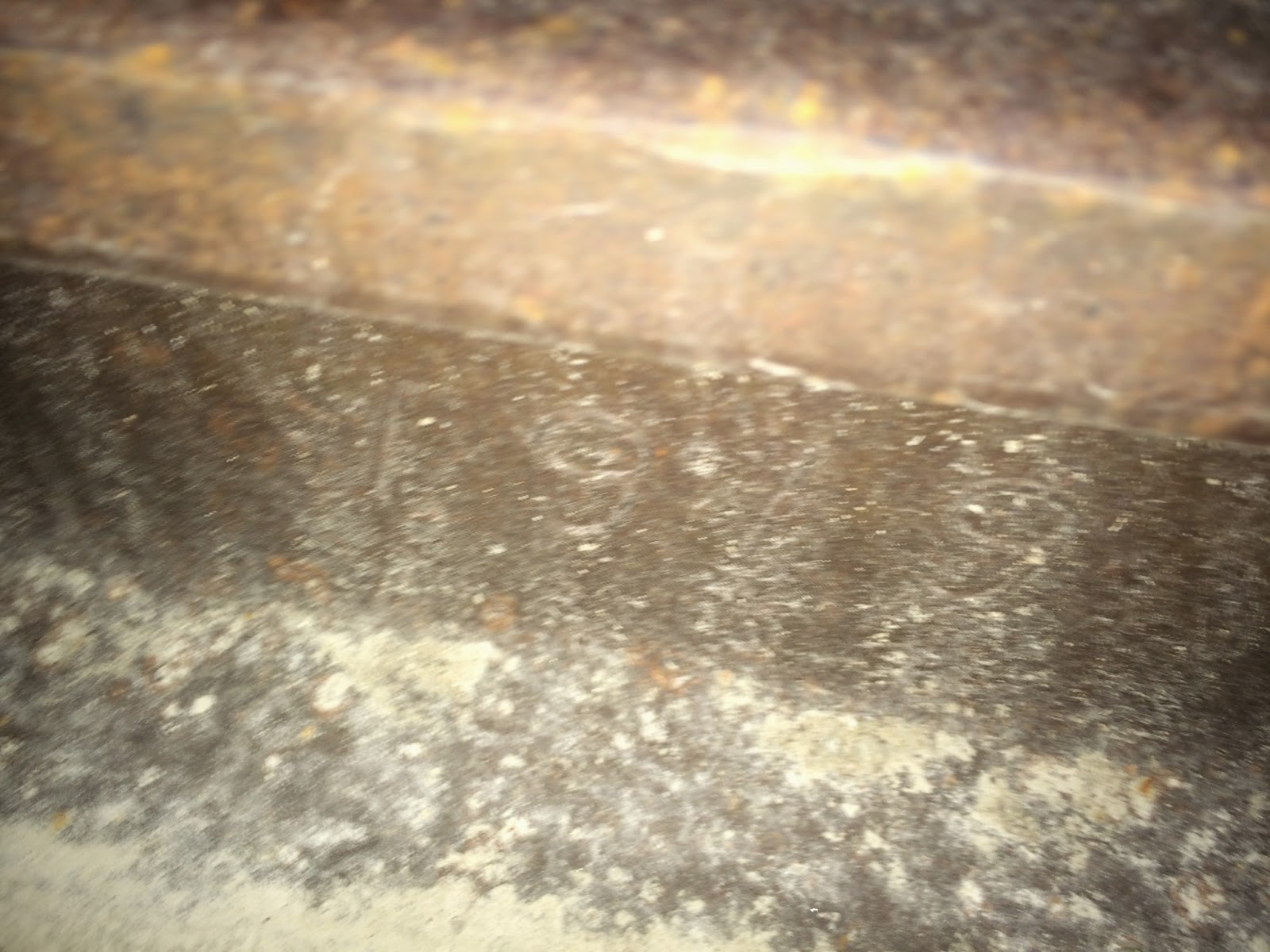 A third picture shows a date of "1919", making this track nearly 100 years old and still in service.  I suspect it has not been located here that entire time, having most likely been used new on a mainline track somewhere and then re-laid here as the original Fairgrounds branch rail wore out and this rail had outlived its service life on the main line.

However, now I was left with a quandary...What exactly does "ASCE 9040" mean?  My first rough guess was that it probably meant that it was 90lbs/yd rail, but I wasn't sure about the "40" part.

Fortunately, I follow Chris Mears' Prince Street blog, and in a recent posting, he was musing about an idea to catalog the various types of track as a reference for model railroaders.  In the same vein as Railpictures.net, I'd say that's a great idea.  Prototype photos are the best resource and realistic track weathering is one of my top priorities as well.   Chris' idea generated some comments on his blog, one of which was a link to a rail-markings database of sorts.

Sure enough, "ASCE 9040" is in that table and reprinted here for completeness and archive purposes:

Coupling that data with another reference site serving all of the major scales, and I've now learned that I need approximately code 117 rail to accurately depict the Fairgrounds Branch in miniature.

So, in short, while I was only able to manage a short trip, I was able to check off two particular prototype details and heavily influence design and early construction.

Well, the real thing anyway.   Sorry, no modeling progress to report as one might expect.   I had the opportunity to be in Kansas City in early April and, naturally, squeezed in a visit to the spur.  To my delight, I discovered that it is still in use, serving Schutte Lumber.  This car spot is all that's left of the Fairgrounds Branch in the modern day.  My apologies for the grainy cell-phone photo-at-a-distance, but any photo is better than one not taken. 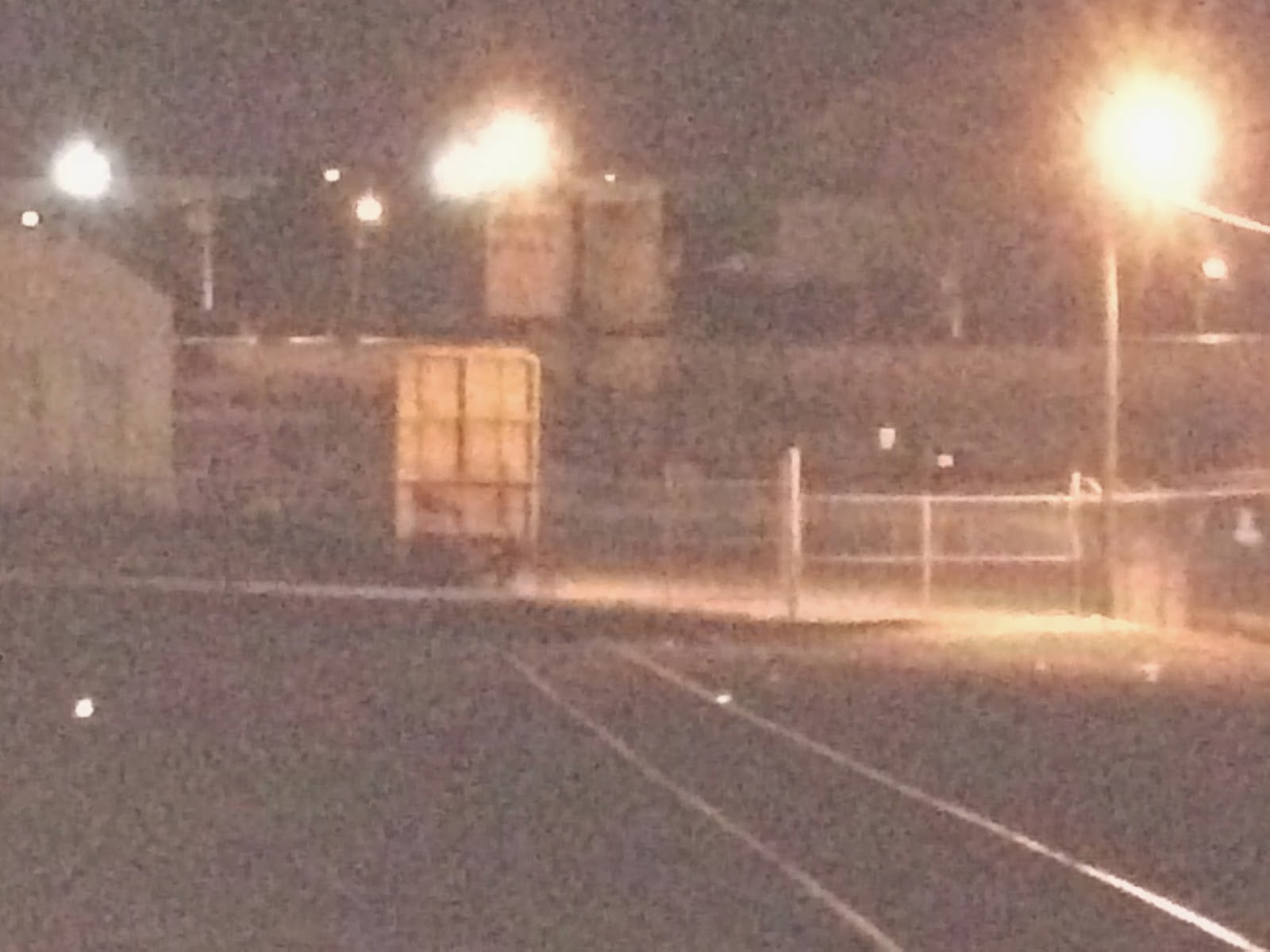