This installment of the tour of the Fairgrounds Branch, covers the Safeway Bakery, which is spot #335 on the 1972 Map.

This location is listed as Fairfax Bakery in the 1950 Sanborn reference and confirmed by this 1955 Kansas City Times article to be Safeway Stores subsidiary.

Research for this location was complicated by the fact that the Styro Fabricators business located at the end of the line in 1972 moved to this location sometime before or in 1995, so it took some time to sort out all of the available information the internet had to offer.  The clincher was the plot map showing that there were two Safeway locations on the Fairgrounds Branch.

At least in 1955, this location was primarily a bakery for bread products, so one could expect railcars of flours to be delivered here.  The dock door is obviously from an earlier era when that product arrived bagged in boxcars; it isn't clear if adaptations were made to accommodate the unloading of airslides or other covered hoppers. 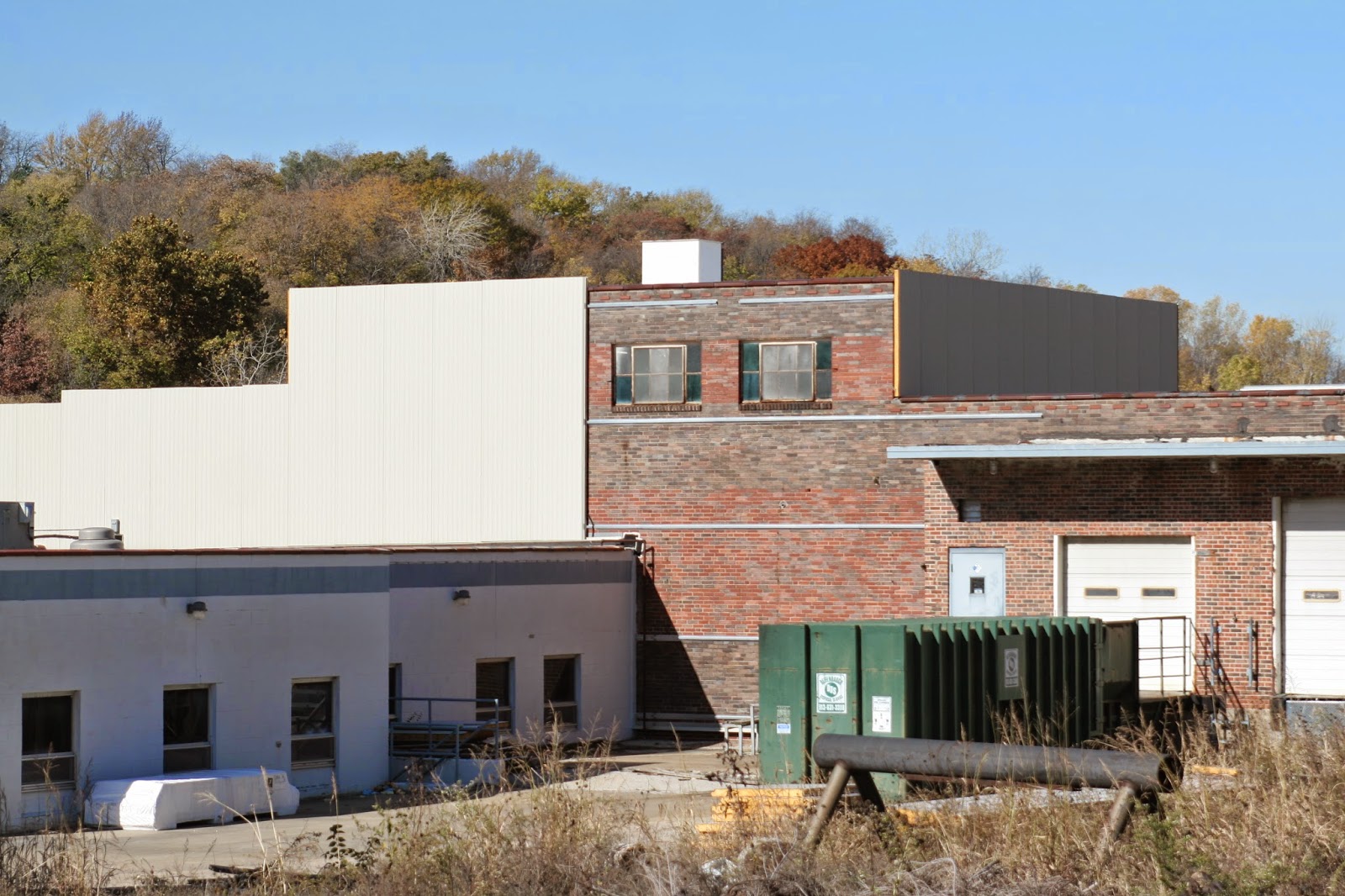 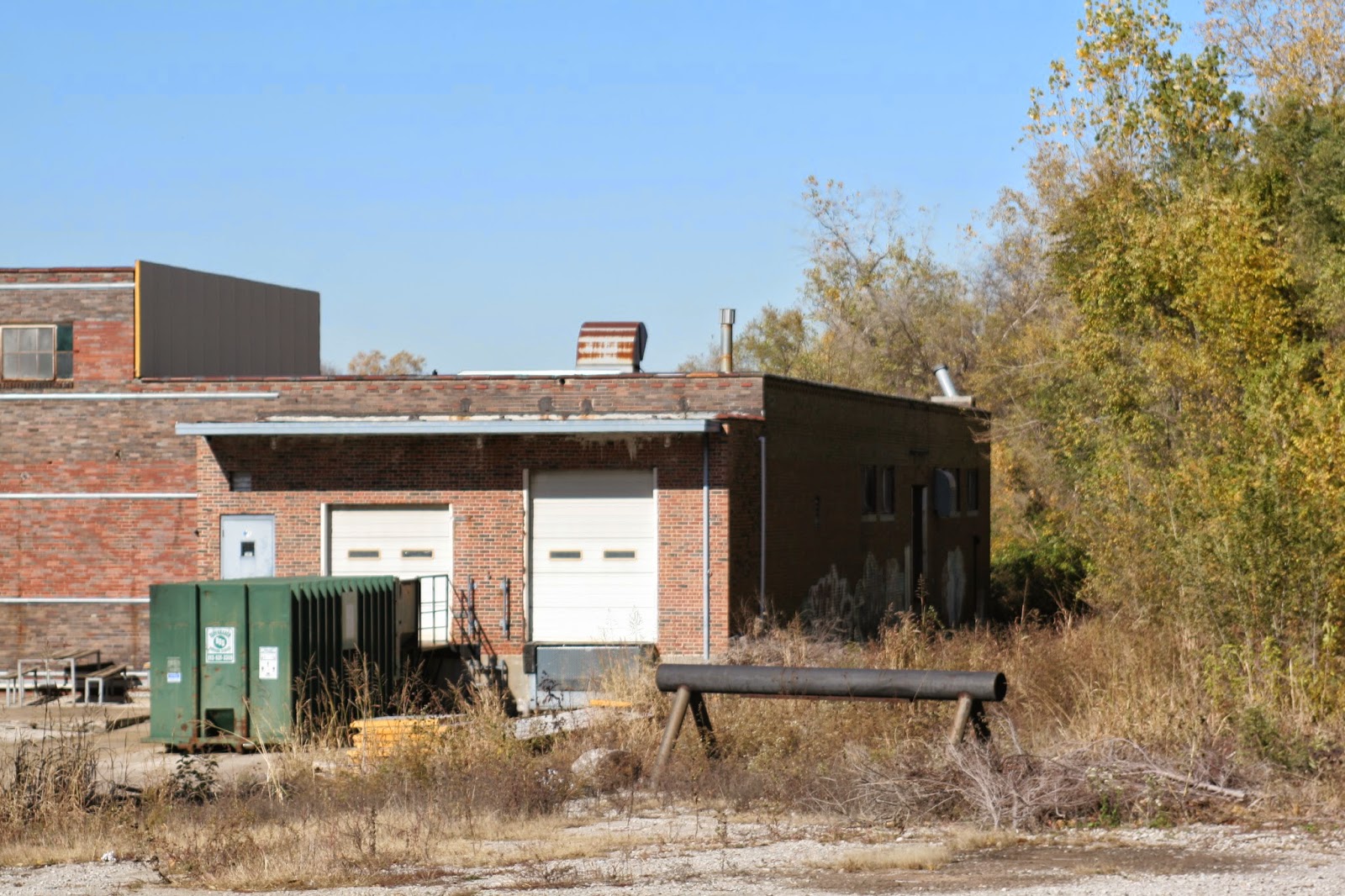 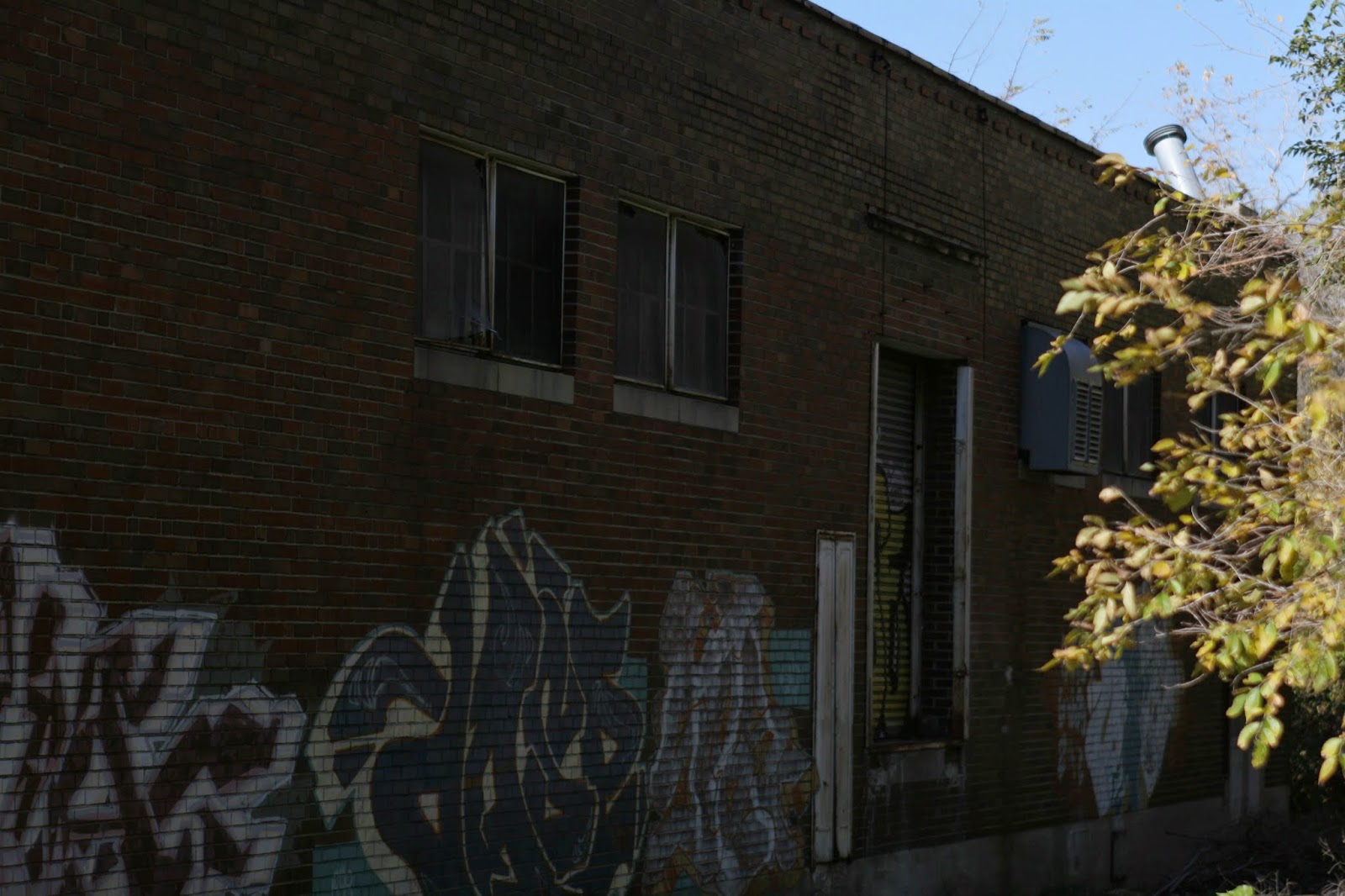 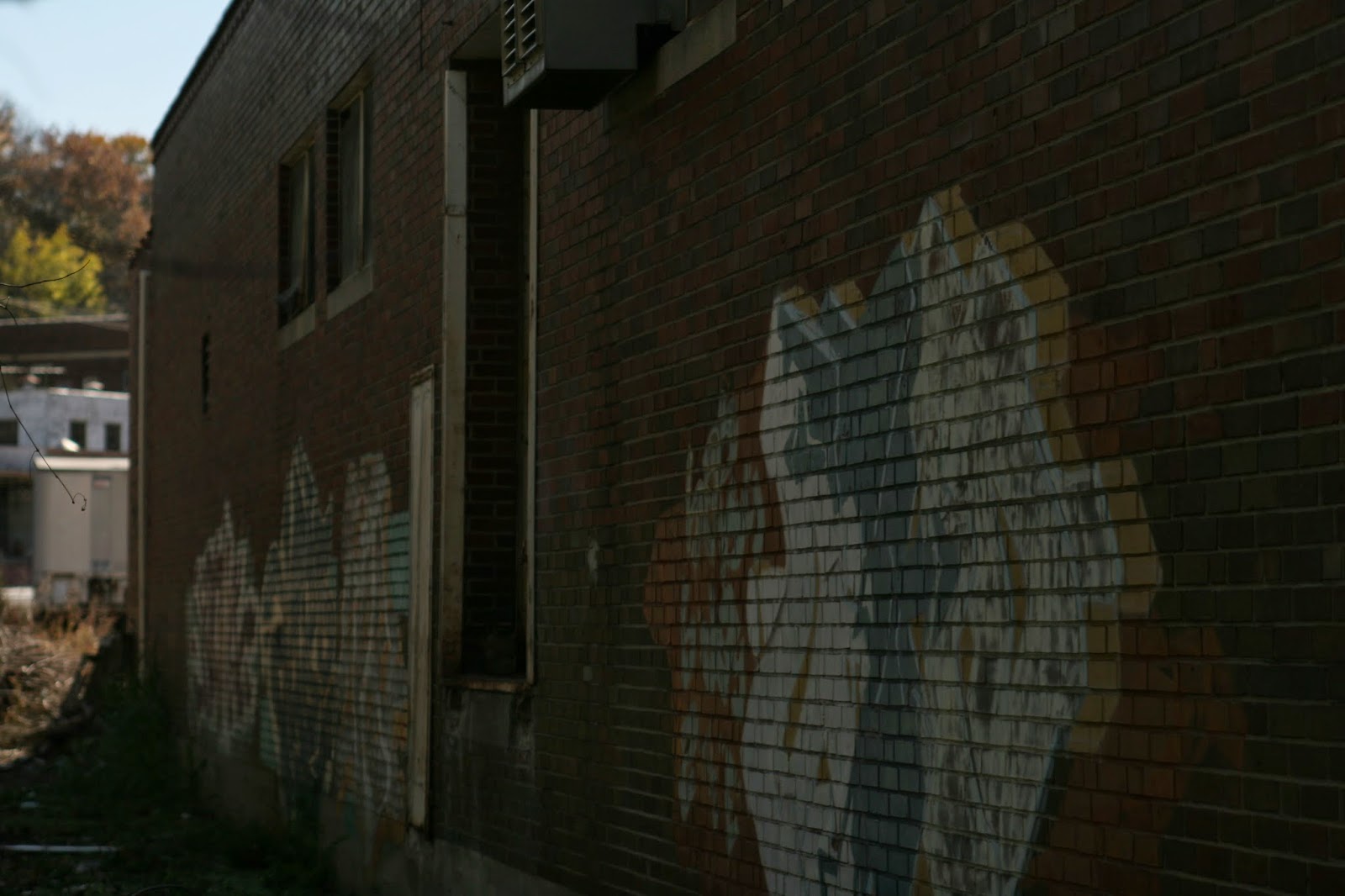 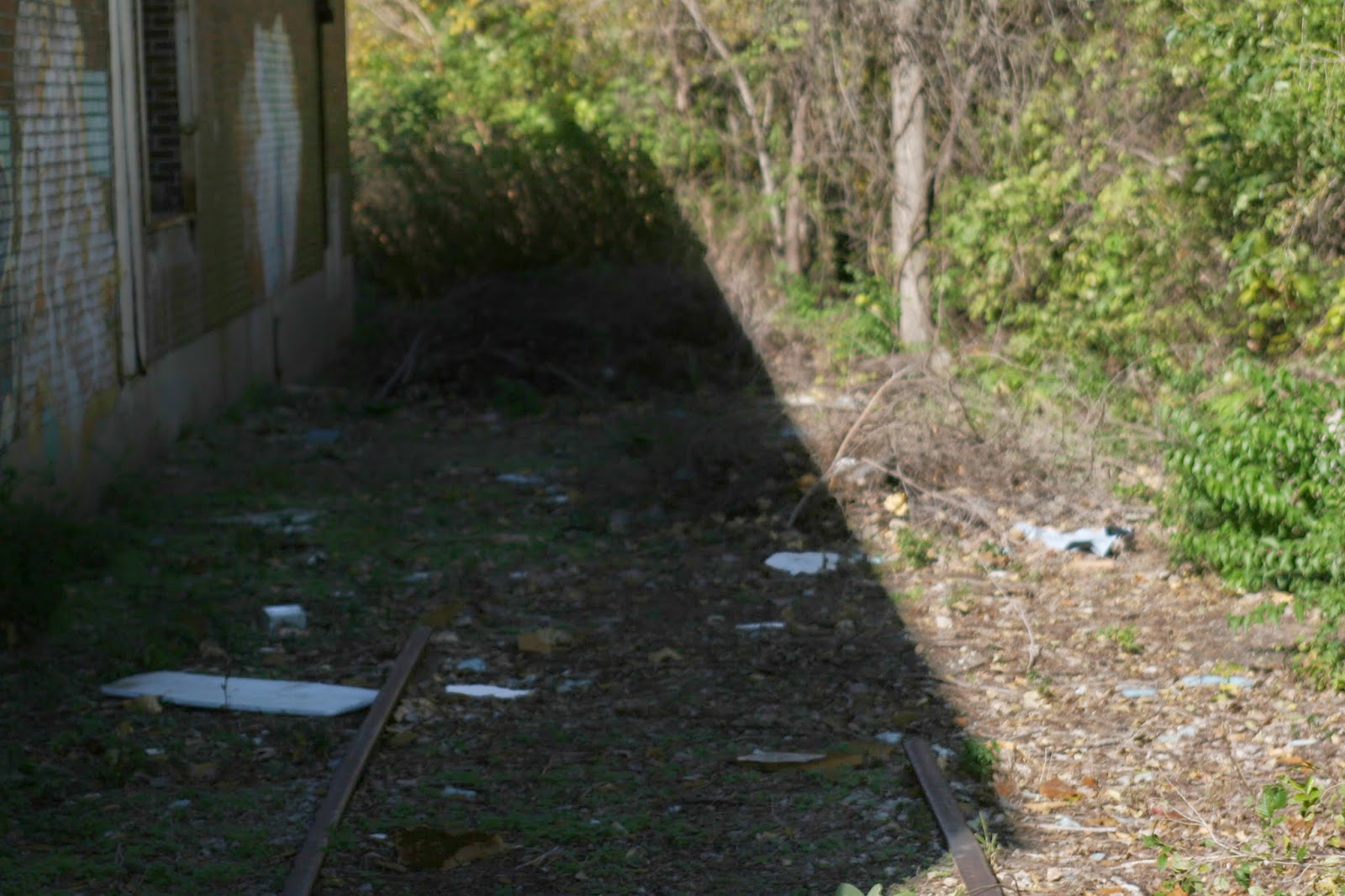 This installment of the tour of the Fairgrounds Branch, covers Styro Fabricators, which is spot #353 on the 1972 Map.  Earlier research based mainly on this Sanborn Map shows this location being a warehouse for Safeway Produce, but this is only accurate up through the mid-1950s. 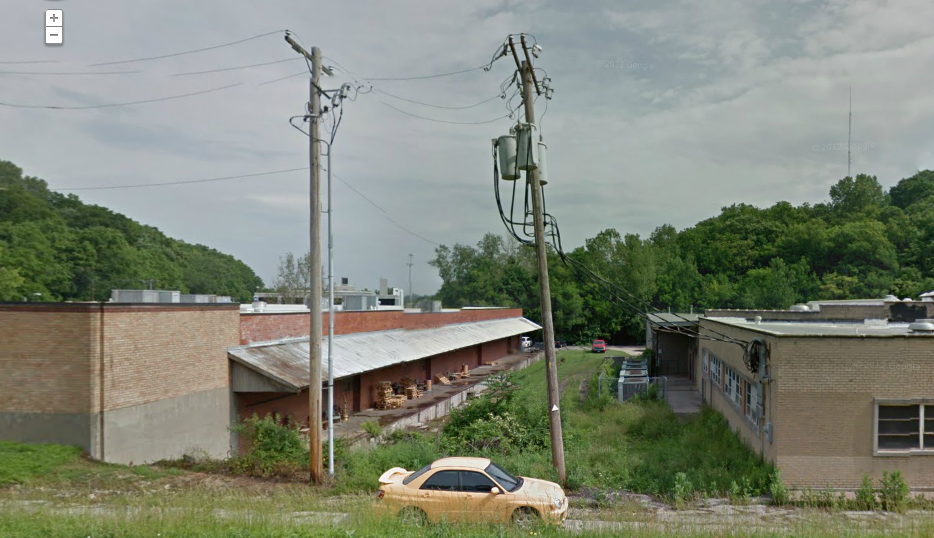 Research on Safeway's history in the greater Kansas City area reveals a hostile takeover from the private equity world in 1986 that led to the divestiture of the Kansas City operations in 1988.  Given that Stryo Fabricators is listed on the 1972 spot map, this particular location apparently outlived its grocery warehouse usefulness long before Safeway retreated from the market.  There's a loose reference in a link on the Safeway Bakery post that indicates a regional radius of 250 miles was served from the bakery and presumably this location as well.

In the target era, we have Styro Fabricators -- a manufacturer of polyisocyanurate pipe insulation.  It isn't clear what scale their operation was at, but the Frisco must have delivered railcar loads of some of the raw materials, perhaps in liquid chemical or granular form.  More research is required, but this may provide an opportunity to spot either tank cars or covered hoppers on this spur  Boxcars of chemical drums is another possibility; especially if the input chemicals had to be blended on site.  Perhaps additionally, they may have originated loads from here, but that seems less likely.

Styro Fabricators must have changed hands or completed the move to 3327 Roanoke Road in 1995, as that's all that is available online, including in the Missouri Secretary of State database.  Since then, the company has evolved into Bradco, which is the current occupant at that location up the street.  It is quite conceivable that the business started out at this original facility (3525 Roanoke Road) and later moved to the 3327 Roanoke building as the former Safeway Bakery property became available.  The extruded pipe insulation that Styro Fabricators produced now appears to be one of Bradco's product lines. 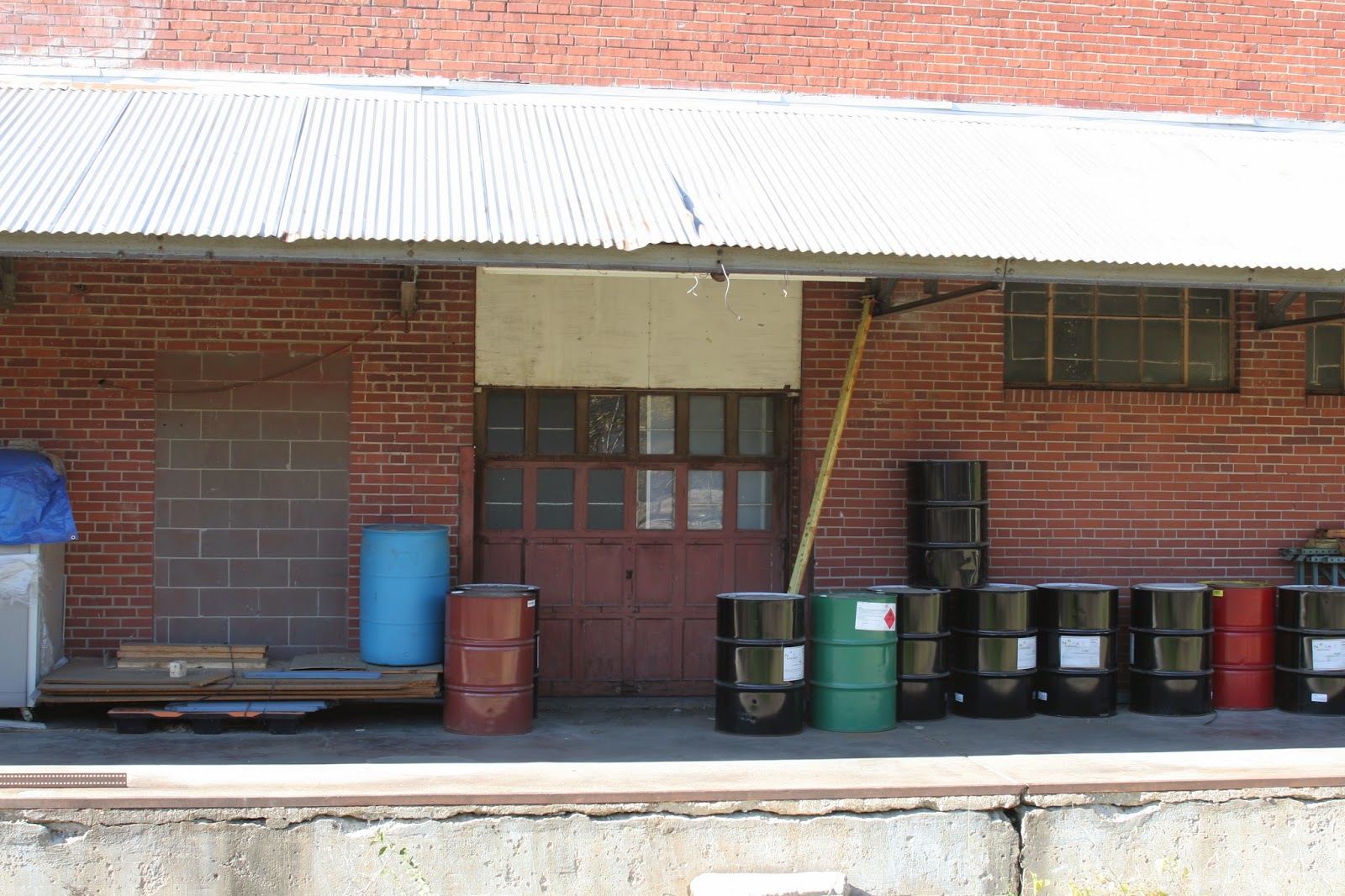 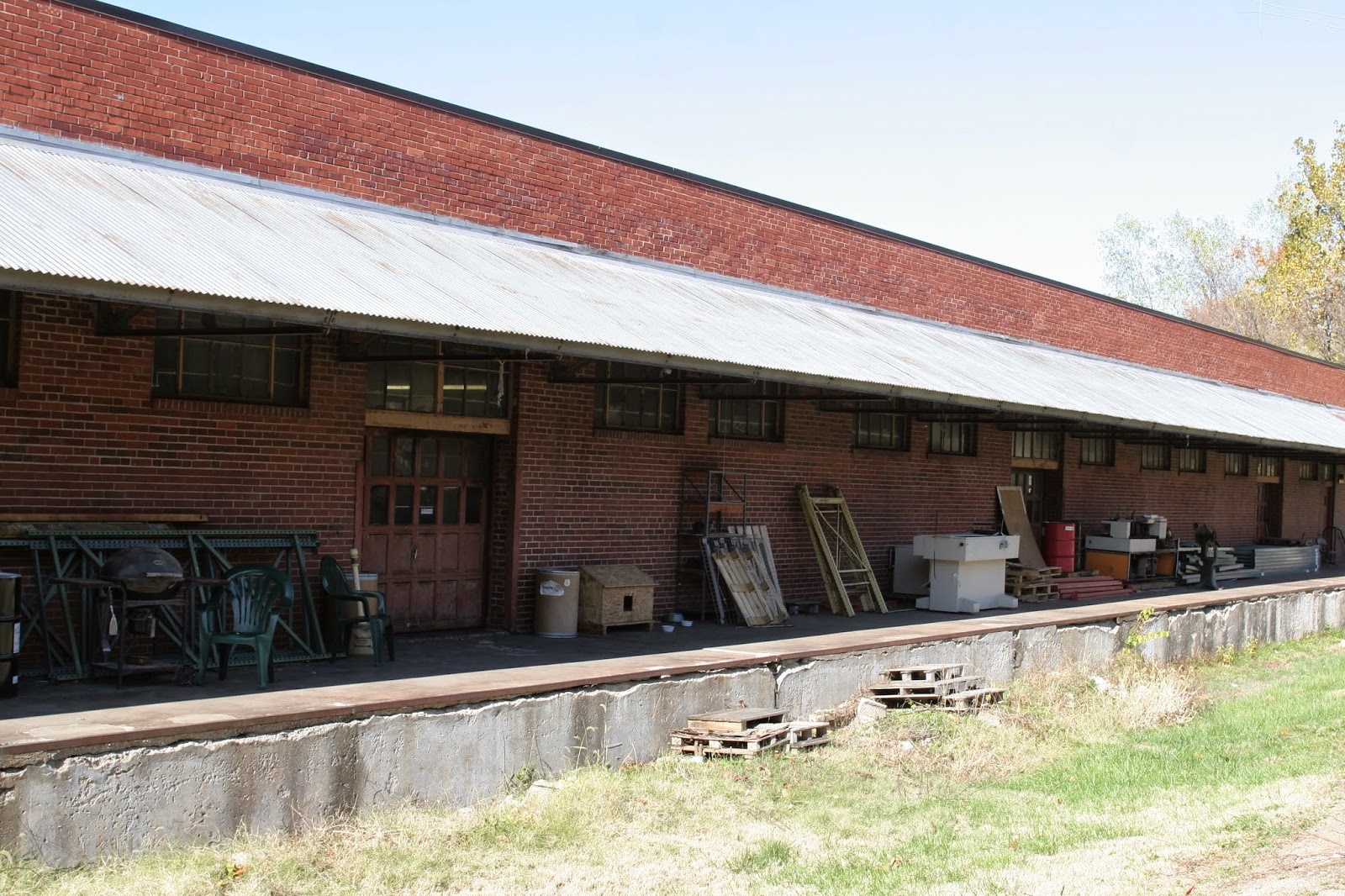 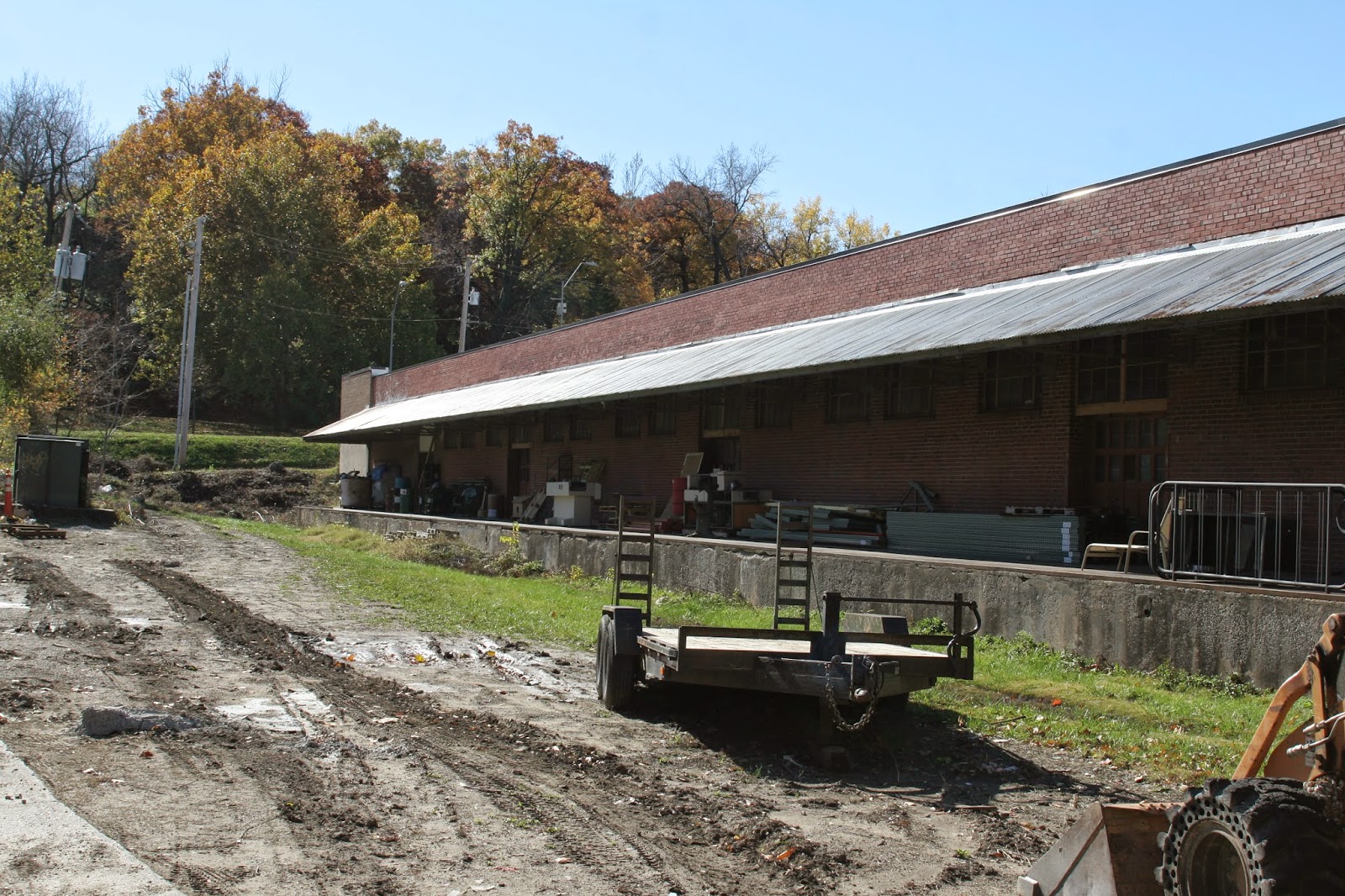 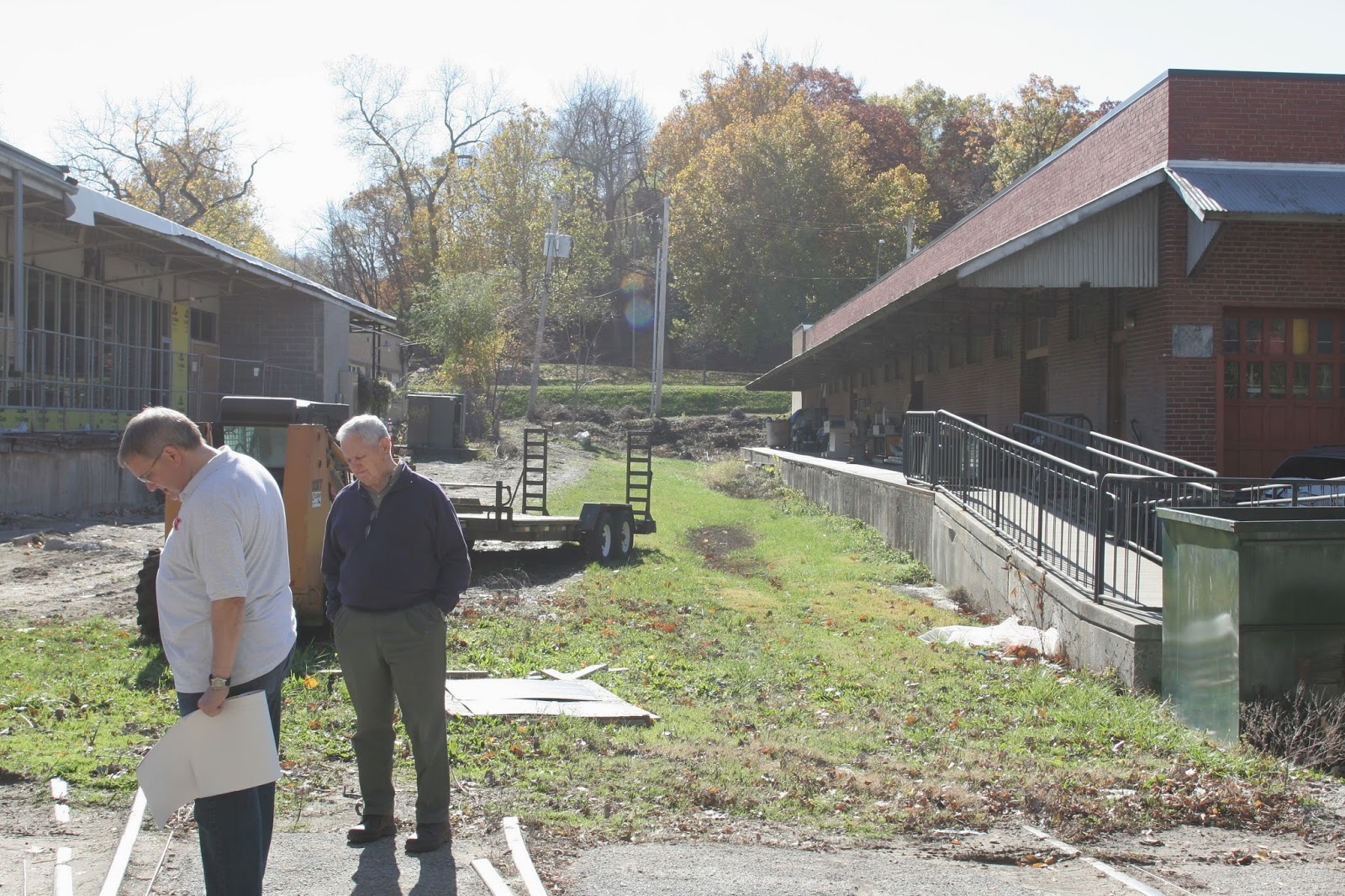 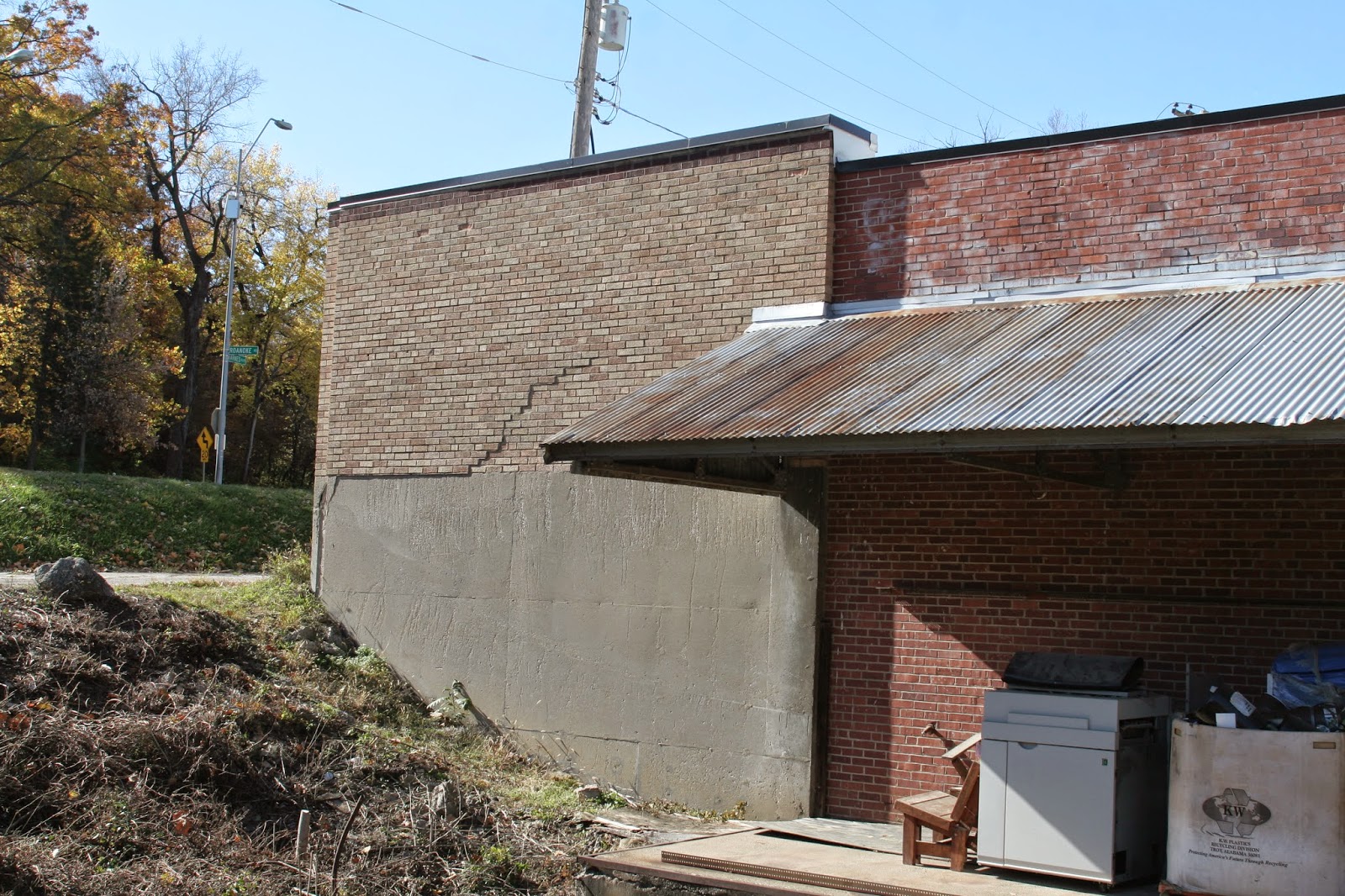 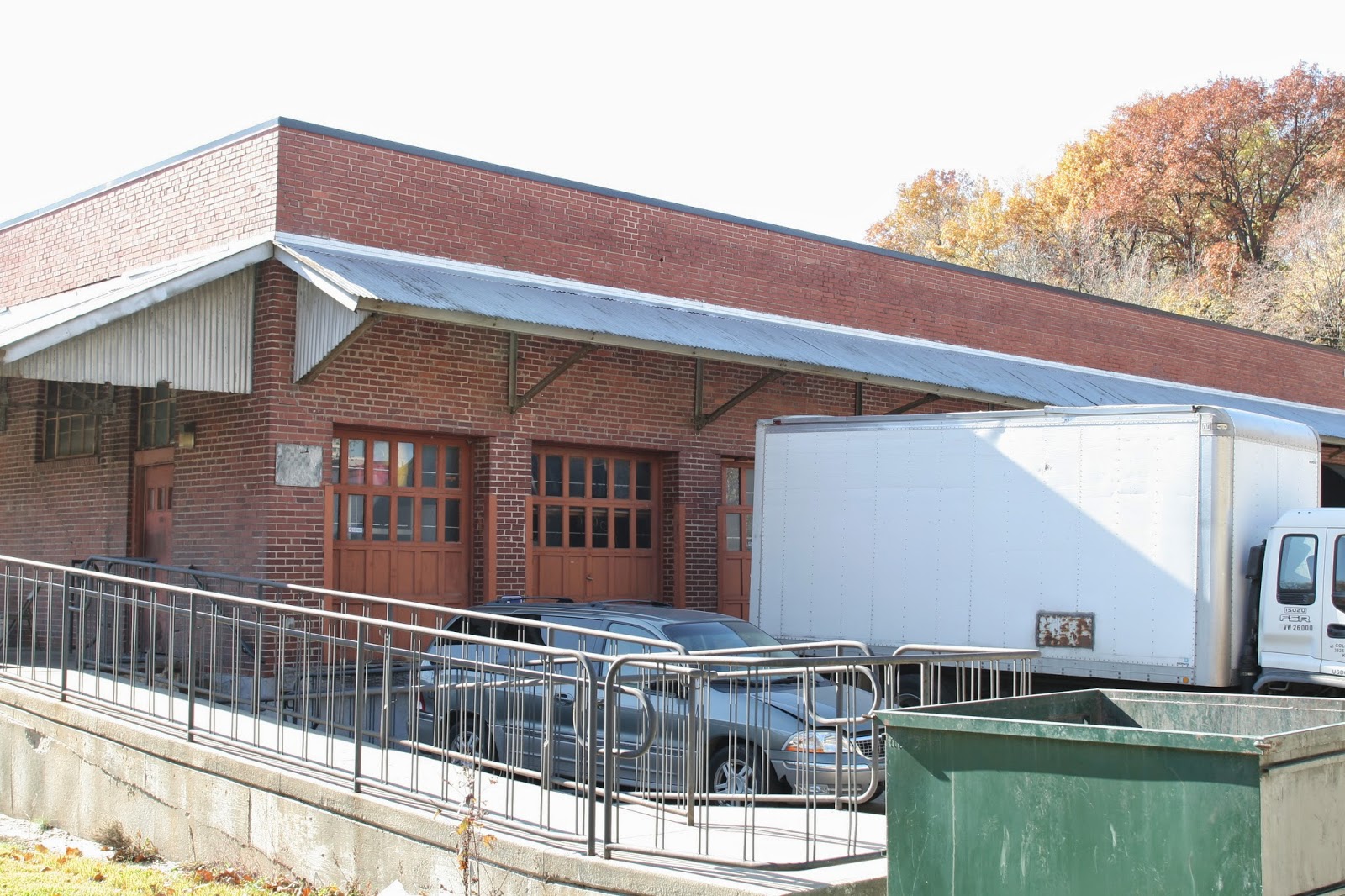 Also uncovered during research is that the present day occupant of 3525 Roanoke Rd is a company called MEDiAHEAD  They've been using that name since 2013 and were formerly known as Colormark which was started in 1990 as a business but possibly only since 2001 at this location.  That would align with Styro Fabricators relocating a few doors north on Roanoke Road and some vacant time.

It's been nearly two-months since a fresh posting on kcspur, but summer activities always seem to push railroad modeling to the back burner.

With many kudos again to Frisco.org members, I've obtained a copy of a plot map of the entire Fairgrounds Branch.  The original creation date is unknown, but there are updates to it as recent as 1974.  Displayed here are scaled down versions split in half for viewing convenience. 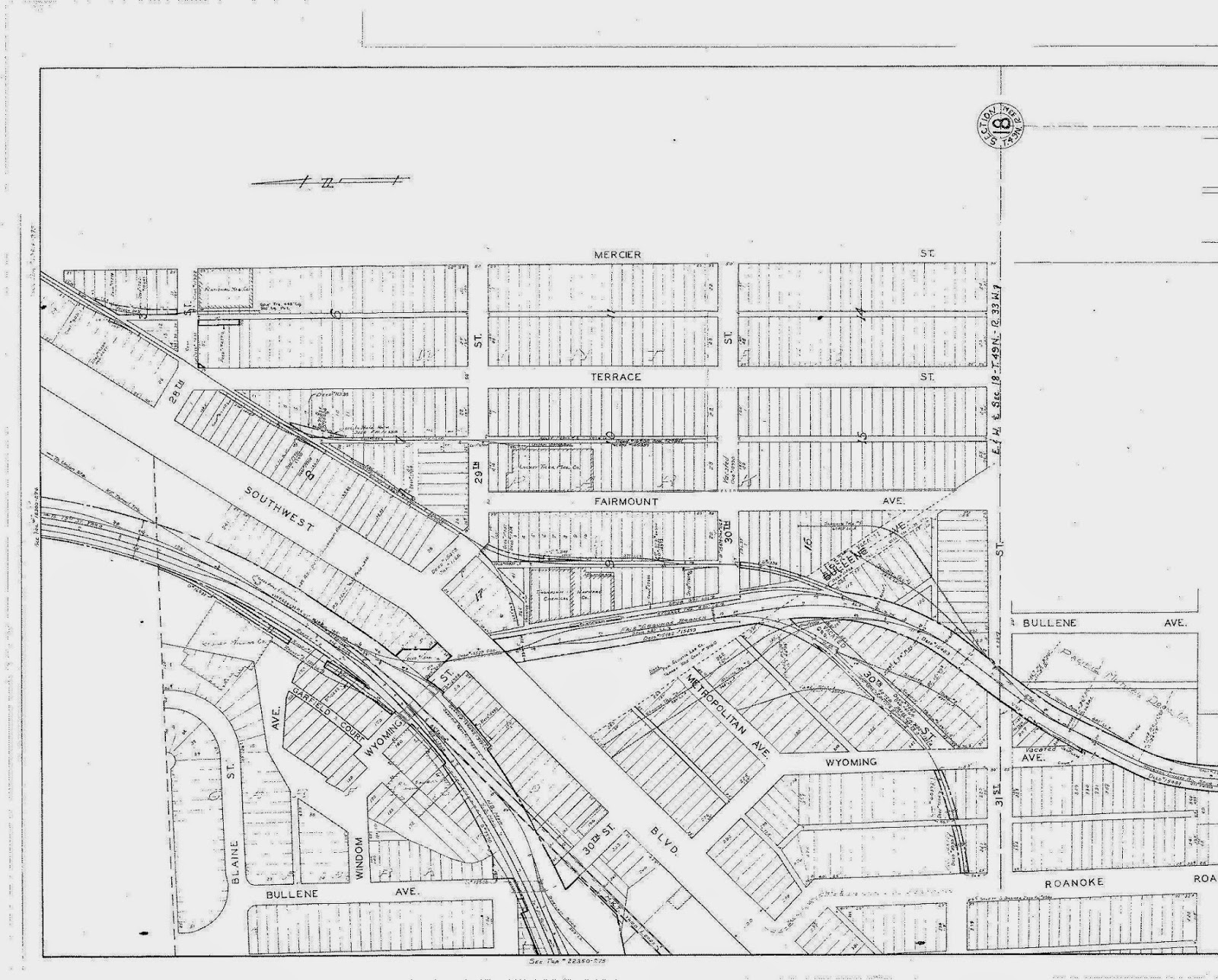 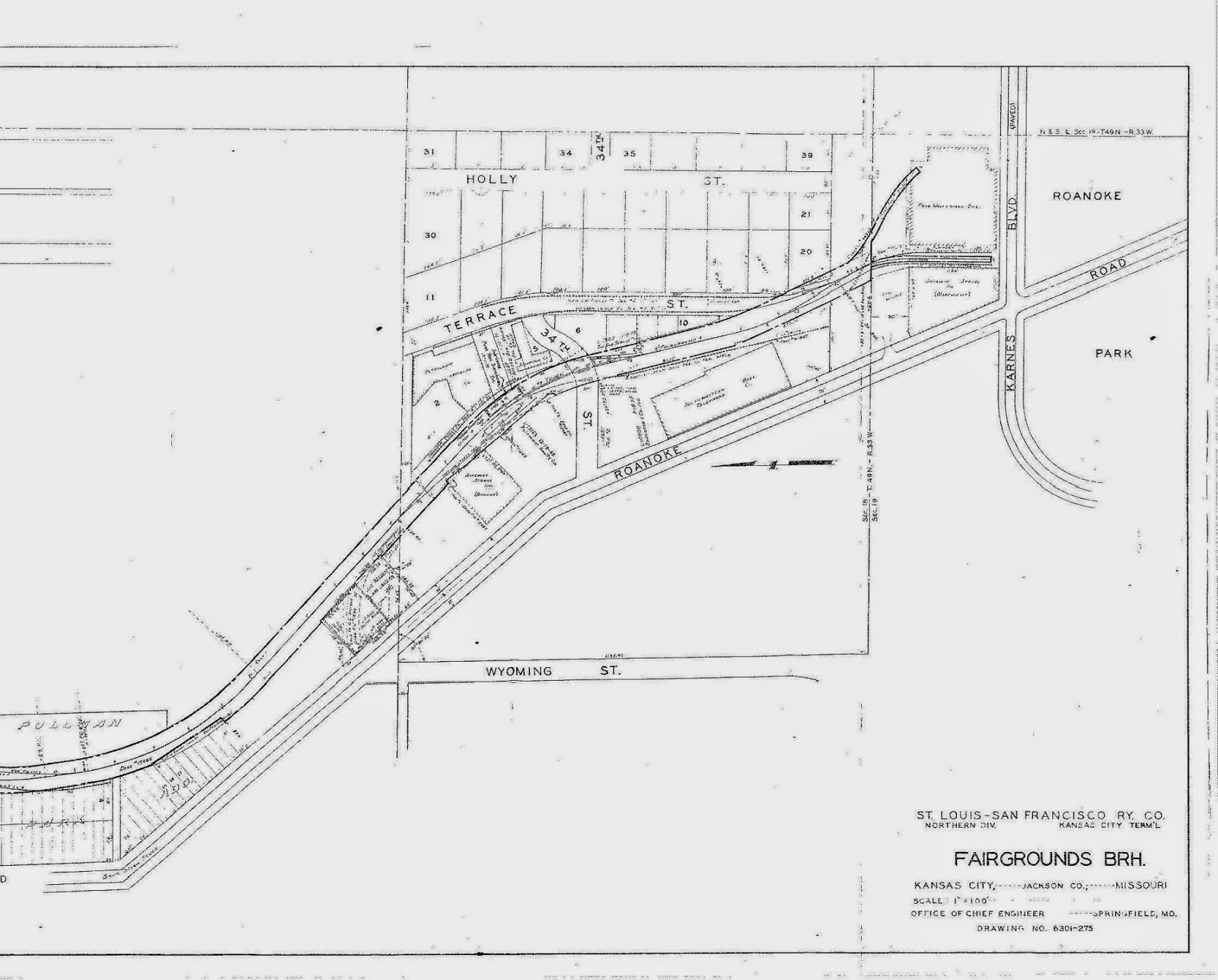 There's some great information on this diagram, such as:


Plus, I was able to clarify a few outstanding items regarding industries:
I'll continue to dig into the details of this map and update this post along with other Industry Review pages as I learn more.
Posted by Rich S at 11:31 PM No comments:

Email ThisBlogThis!Share to TwitterShare to FacebookShare to Pinterest
Labels: Research

This installment of the Fairgrounds Branch tour looks at Fred Wolferman Grocery, which was spot #354 on the 1972 Map.

Unfortunately for this modeler, it seems that this industry was no longer active in my desired target era.  According to this 1986 People Magazine article, their participation in the local Kansas City grocery market ended in 1972.  If that's the case, rail service to this location ended earlier than that as the company wound down operations.  However, this KC History source says the last store was open until 1984.  For this particular property, however, things were likely shaken up or closed down in 1974 as both this Missouri Business Record source and OpenCorporates Database source claim an end date of June 20th in that year.

This 1963 business filing record lists "Fred Wolferman Building Company" as the owner of this property (the address is actually on the east-west Karnes Blvd. that is south of the end of the Fairgrounds Branch).  I suspect that the name change was tied to an internal restructuring of operations (e.g. spinning off assets into separate wholly-owned 'companies').  It could also mean that the usage of this building changed at this time from its original grocery warehouse purposes to a nice building to rent to someone else.

1963 is right between two other references: The 1950 Sanborn map and the 1972 railroad map.  I suppose that since Fred Wolferman was still in business, the Frisco had no reason to change their maps in the ensuing nine years to read anything else, even if they were no longer spotting carloads of groceries or produce there.

With respect to my recreation of this area, a careful selection of time frame will determine if I either have the challenge of modeling an unused warehouse and a rusty siding or exercise some modelers' license and keep Fred Wolferman's alive for a few more years.

While researching this far, I came across several other tidbits of information:

The State Historical Society of Missouri may have some information on the company or this building.  Their website lists a collection of documents for Fred Wolferman, Inc. (record #K0205)
Posted by Rich S at 8:15 PM No comments: